Batac: Home of the best empanada

Part of the reason why I wanted to go back to Ilocos is because I wanted to try the famous empanada from Batac.  Empanada is a meat pastry consisting of papaya, monggo, longganisa (sausage) and one whole egg wrapped in an orange colored flour wrapper.  This was for me, a complete meal in itself.  Ilocos has a lot of versions of empanada and I have only tried the one from Laoag which also has an orange colored wrapper.  Vigan's version though has a light brown color.  But they say the best empanada comes from the city of Batac.  So in my recent trip to Ilocos, I made sure that we stop over at Batac.


Apparently, empanadas in Batac are quite easy to find.  Situated near the Marcos Museum is the Batac Riverside Empanadahan which houses several outlets selling empanadas.  It seems that the local government is really promoting it.  I even heard that they have an Empanada festival here celebrated every June 23rd.

Among the most famous empanada here are from Glory's Empanada owned by Gloria Aduana Cocson.  Determined to help her husband raise their family, she perfected her empanada recipe. Through her hardwork and determination, her empanada business grew and it became so popular that Gloria was awarded the prestigious "Kalipi Award" on 2003 and the rest as they say, is history. 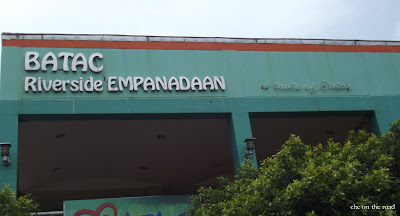 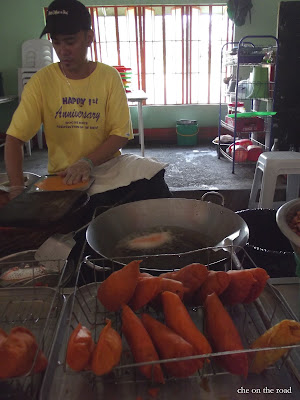 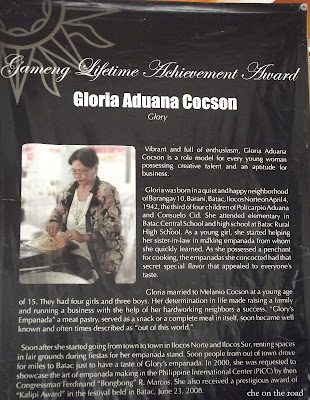