Captivated by the City of Smiles: Bacolod

The first leg of my solo backpacking trip is in Bacolod.

The airport for Bacolod-bound visitors is in Silay City.  It is more or less 30 minutes away from Bacolod.  You can ride one of the shuttle vans parked outside the airport to get to the city proper, fare is around Php150.  I originally planned to ride a tricycle which only costs Php10 but it was still early in the morning so there were still no tricycles outside.
I booked at Bacolod Pension Plaza because they have the lowest price that I could find in the internet.  I paid Php888 per night on a standard twin room.  Since I am alone, the extra bed is for my backpack.  I've also read some decent reviews about this place plus it's conveniently located near some major landmarks.  They also allow early check-in during off peak seasons and it is just 5 -10 minutes walk to SM Bacolod mall and the famous Manokan Country.

I ate breakfast and took a 5-minute walk from my hotel to the San Sebastian Cathedral.  It is located in front of the Bacolod Public Plaza.  The church was originally made of wood in 1825 and has undergone several transformations over the years.  Now it is made up of coral stones from Guimaras. 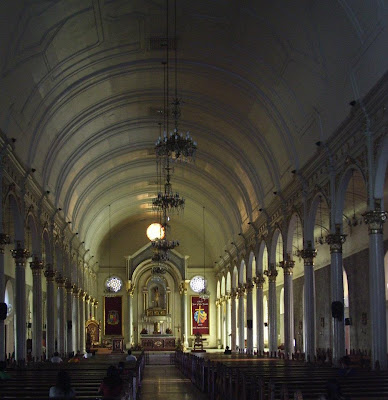 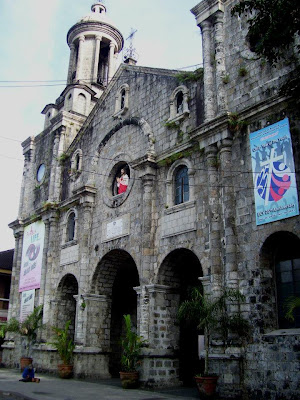 Since I'll be going to Iloilo the next day, I needed to go to BREDCO Port first to buy a ticket.  I bought a Supercat ferry ticket which costs Php 320.  Aside from the Supercat, you can also choose from other ferries going to Iloilo.  They have daily trips and you can buy your tickets 3 days before your trip or on the day itself.  But if you're going during the Dinagyang Festival, it's better to buy your tickets ahead of time.
I was excited for my next destination.  Aside from the Masskara Festival, Bacolod is also known for it's Chicken Inasal.  And the best place to have it is at the Manokan Country.  Manokan Country is where you can see a row of restaurants serving chicken inasal.  If I had lots of time, I'd probably eat in every single one of them to compare which one serves the best. But since I only have one day, I have to choose one.  I opted for Nena's Beth and ordered the classic chicken pecho with garlic rice and a bottle of softdrinks.  I must say that compared to the chicken inasal in Manila, Bacolod's version is more succulent.  You can see that the chicken is fresh and that it is cooked just right when you order it.  The meat is more tender and juicy.  I am a big fan of cheap but tasty meals so for an 89 peso meal, this is such a bargain!  I finished my plate savoring each and every bite.  I noticed that a lot of people were ordering oysters and I was curious to also try it.  However, I was afraid that I'll have an upset stomach and have emergency visits to the comfort room so I decided just to pass on the oysters. 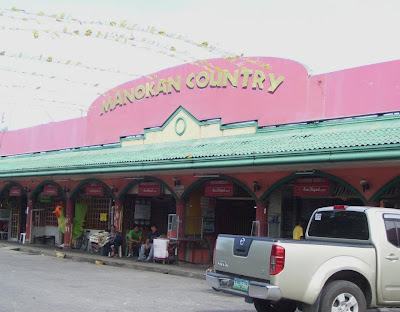 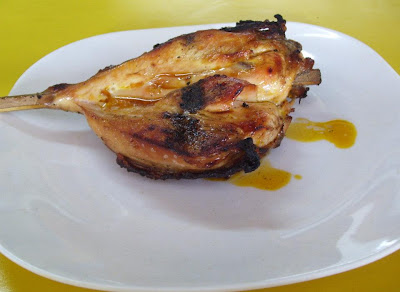 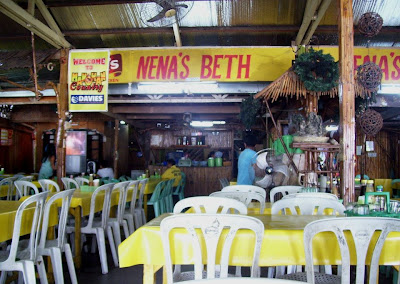 After a delicious meal, I walked back to San Sebastian Cathedral and rode a jeepney going to Mandalangan.  My next destination is The Ruins in Talisay City.  I alighted at the Pepsi Cola plant and hired a tricycle going to the old mansion.  I suggest that you let the driver wait for you since there were very few tricycles going to that area.  I paid Php 160 round trip.  The entrance fee is Php 60 and upon entering you will be greeted warmly by the employees.  They say that it is best to come here late in the afternoon since the sunset serves as a good backdrop for the mansion.  At night, the place is lighted up and turned into a restaurant so you can have a delicious meal while enjoying the beautiful setting.  A lot of my pictures here was taken by Kuya Jun, one of its employees.  He already knows the perfect spots where to take the pictures and I was his model for the day! :-) 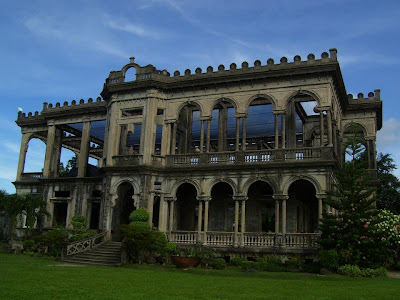 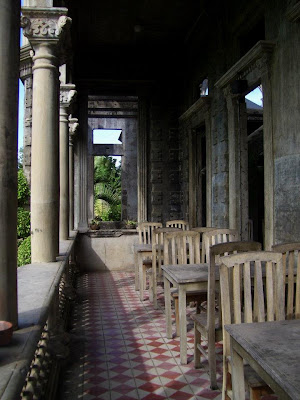 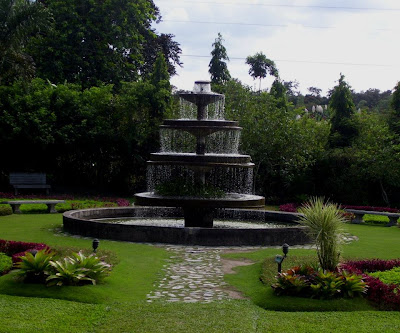 After the photo shoot (haha), I went back to Bacolod to have my merienda at Calea Cafe.  Since Bacolod is the Sugar Capital of the Philippines, I wouldn't pass up the chance to sample some of their heavenly sweets.  Calea Cafe has several branches in Bacolod and I went to their branch in Lacson Street.  I asked the waiter to give me their bestseller, the blueberry cheesecake.  It looks just like an ordinary blueberry cheesecake but when I tasted it, all the flavors melted in my mouth. It was so delicious!  It was different from the other cheesecakes I have tried before.  Just thinking of it right now, makes me wanna go fly to Bacolod to order that cheesecake once again! 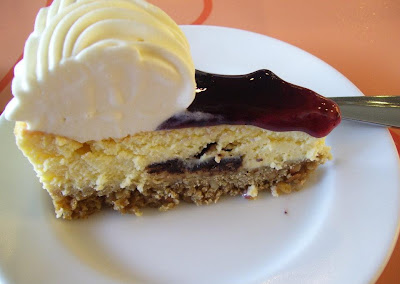 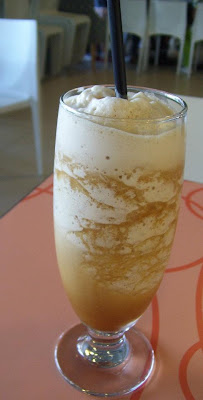 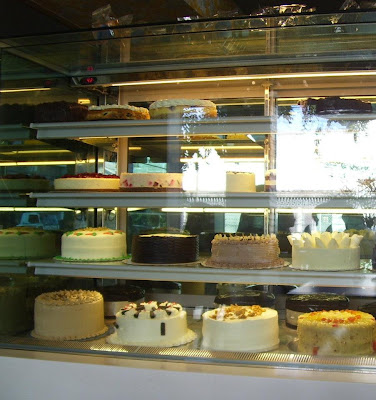 After Calea, I went to ANP (Association of Negros Producers) - Negros Showroom to buy some souvenirs.  ANP is also in Lacson Street.  I bought one of their delicacy, bagoong and an item for my collection - a bacolod masskara magnet. 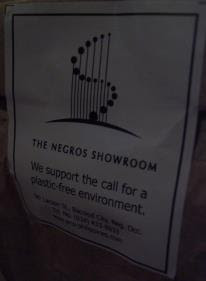 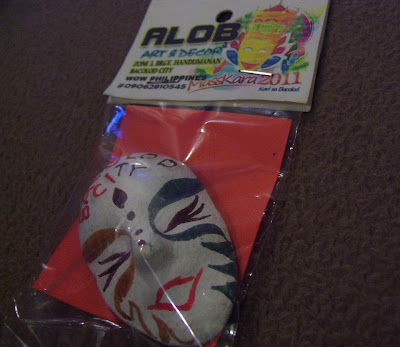 At around 7pm, I went back to my hotel room tired but happy.  My Bacolod stint was short but definitely memorable.  Surely, one day is not enough for me to experience Bacolod but in the short time that I spent there, I have been to some of its famous landmarks, tasted their delectable dishes and experienced the warmth of its people.  If I had a chance to come back there, I would also love to go to Mambukal Falls, experience the Masskara Festival and taste the Guapple Pie in El Ideal.
And just when I was about to go to bed, room service rings.  My fruit salad arrived.  Looks like I just can't get enough of the Bacolod sugar rush!  :-)
Posted by Unknown at 4:21 AM