Guimaras, how beautiful can you be?

My solo backpacking trip to Guimaras was one of the most memorable trips I ever had.  It was because I was able to feel a sense of peace in my heart.  Guimaras is so calm and quiet.  The air is fresh, there are beautiful beaches and the people are so warm.  Life is simple in Guimaras.  You can feel that the people are proud of their land and they are seeking ways to promote it.  I cannot capture the entire beauty of this place through my lens but I hope that somehow I could be able to give you a sneak peek of how beautiful this place is.


I took a  45-minute ride from Ortiz Port in Iloilo to Jordan Port in Guimaras.  I paid Php 14 and boarded on a pump boat called Chris Clyde.  Most of the passengers are residents of Guimaras who came to Iloilo to buy some of their supplies.  It was high noon when I traveled ang my shawl was my only  protection against the sun's scorching heat.  After a few minutes, I had my first glimpse of Guimaras and I can't help but feel excited.  I have done my research and listed my itinerary but I am also ready to be lost in the charm of this place.  I am excited how this trip will turn out! 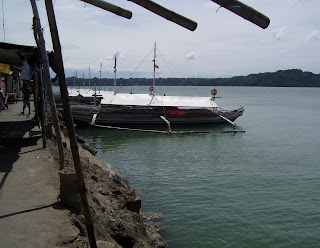 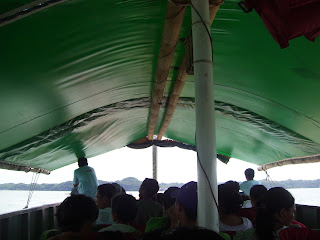 I will meet my tour guide, Kuya Jun at the port.  I texted him the day before and I agreed on a Php 1,000 fee for the entire day's tour.  We will be riding a tricycle.  Honestly, at first I thought that the tour was kinda expensive considering that I would only have 4-5 hours.  But when we started going from one destination to another, I realized how far it was.  The Php 1,000 seems not enough because a large chunk of that fee came to the gas alone.  If ever you'll be in Guimaras you can contact Kuya Jun at 09351132252. 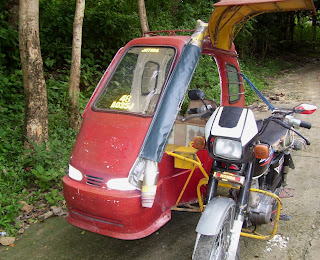 Our first stop is Daliran Cave.  Since the road to the cave is not paved, we have to get off from the tricycle and trek for about 30 minutes.  Can you imagine how hard it is to trek at 12 noon?  Well, it was just my first stop but I have burned a lot of calories already!  Until finally, we reached the cave.  It was just a small cave pero sabi ni Kuya Jun, pwede pa raw pumasok dun sa kaloob-looban.  I opted not to since I still have other places to go.  I just took some pictures of the cave and the stream near it.  Then, off to our next stop. 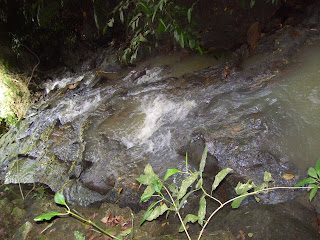 After about 15 minutes, we reached the Trappist Monastery.  The monastery is run by monks under the Order of Cistercians of the Strict Observance also known as the Trappists.  They live their monastic lives by being purified and strengthened by a long labor of prayer. They also sell products in which the ingredients were grown on their grounds.  The monastery has a lot of trees and the place was super quiet, a perfect place for meditation.  I really, really wanted to meet one of the monks here but unfortunately I didn't saw any.  My guide told me that there were specific times only when the monk would come and talk to the visitors.  Sayang!  I just went to their gift shop and bought some mango bars made by the monks themselves. 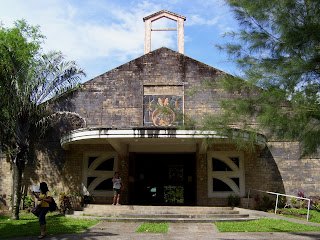 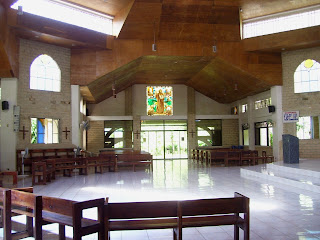 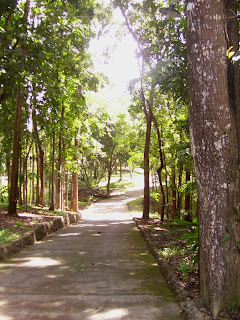 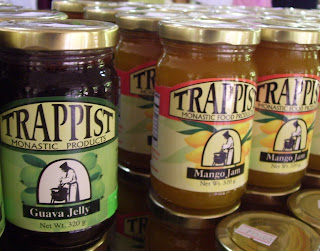 I passed by a small stall selling fresh mangoes and I told Kuya Jun to stop since I need to take home Guimaras' famous fruit.  They grow mangoes here all year round but the peak season is in April. This is also the time when the mangoes were at their sweetest.  Kuya Jun taught me how to spot a sweet mango: you have to smell the portion where the bud is, if it smells sweet, then it's sweet.  So there I was sniffling each piece and trying to pick the sweet ones.  I bought a kilo of mangoes for Php 80.


For the island hopping tour, we went to Raymen Beach Resort.  You can rent a boat for Php 400 for the first hour and Php 150 for each of the succeeding hours.  I think the boat can take up to 10 people so you could split the cost if you were in groups. 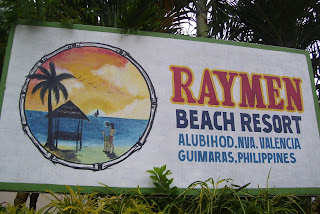 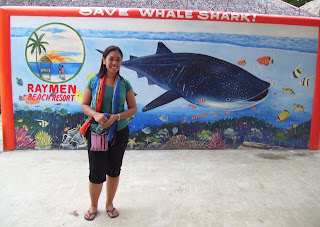 We first went to the Lawi Marine Turtle Rescue Center.  At that time, there were two turtles in the center. I asked the caretaker if I could hold the turtle in my hands and she gave it to me.  The turtle was flipping its legs when I carried it. I was careful not to drop him in the sand. He must have weighed around 2 kilos. 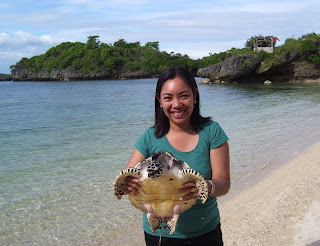 After my close encounter with the turtle, we went to Ave Maria Island and Baras Cave.  The boat entered the cave and I had some pictures taken there. 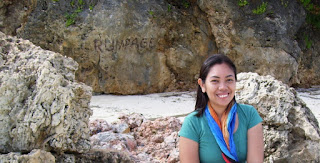 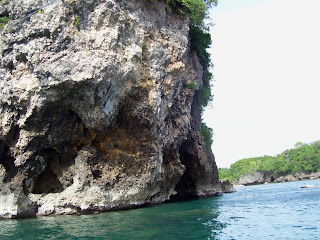 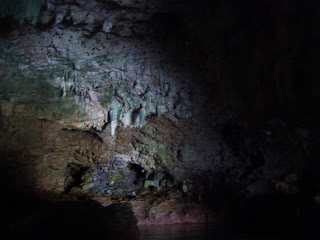 After an hour, we returned to Raymen Beach Resort and headed to our next destination, the Guisi Point Lighthouse.  The trail going to the lighthouse is spectacular since you get to see the beach near it. 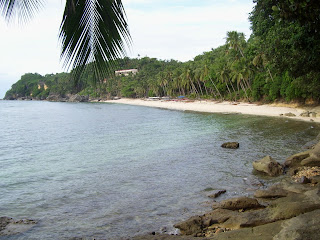 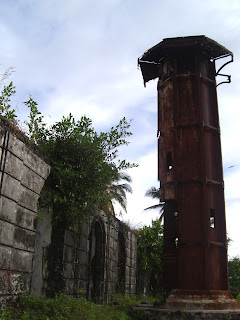 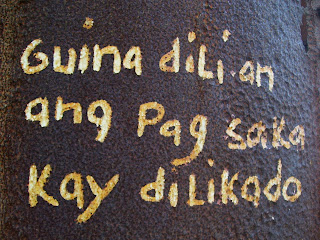 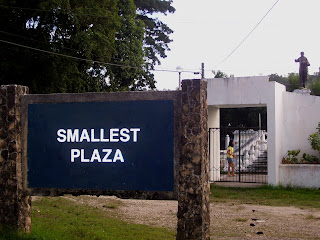 We went back to the port at around 5pm to catch the ferry back to Iloilo. I boarded the pump boat satisfied at the day's outcome. One thing that I will be bringing home with me was how special this place is - so peaceful, so quiet, so serene.  If there's one place where I would want to settle someday, Guimaras would definitely be on the list! 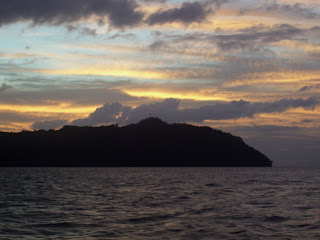