The Merlion and the Changing Colors of Marina Bay Sands

Singapore’s most famous symbol, the Merlion stands high near the Marina Bay Sands. What is a trip to Singapore without taking a picture of this symbolic icon? According to Wikipedia - "the Merlion is a mythical creature with the head of a lion and the body of a fish, used as a mascot and national personification of Singapore.  Its name combines "mer" meaning the sea and "lion". The fish body represents Singapore's origin as a fishing village when it was called Temasek, which means "sea town" in Javanese.  The lion head represents Singapore's original name — Singapura - meaning lion city or kota singa."  We had a hard time taking a picture of it though since it rained the night we went there.  Droplets of water have covered our camera lenses and after several attempts, this was the best I could come up with: 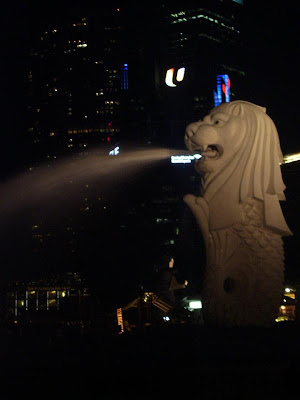 Near the Merlion statue is another Singapore icon, the Marina Bay Sands. It’s shape is like there’s a surfboard on top of three buildings. We were fortunate enough to witness the lights show.  Here are some of my shots before and during the show: 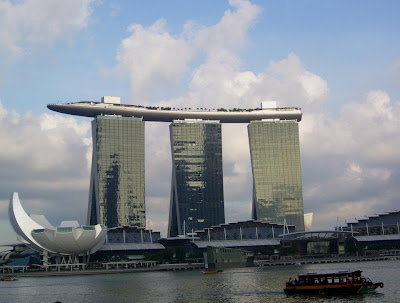 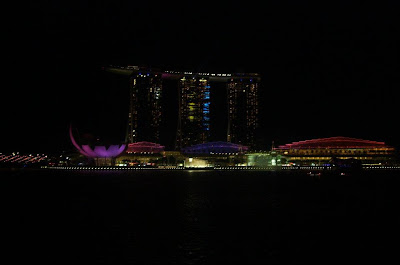 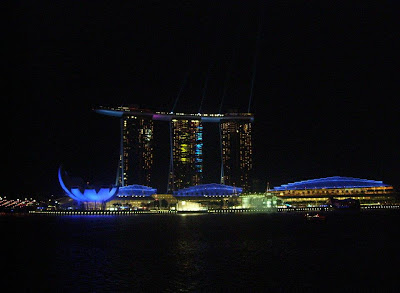 Email ThisBlogThis!Share to TwitterShare to FacebookShare to Pinterest
Labels: Singapore